The President / The Prince 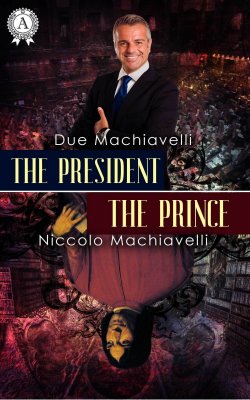 Author of the book deduces laws of governing, uniform for the different countries, different times and societies.
Action and the identity of modern sovereigns — presidents, prime ministers, leaders of parties influence millions of citizens. In the book it is shown, what logic is followed by actions of the first person of the state, how he considered position of the country and society in the changing world. Close up the behavior of the ruler as persons is considered.
«President» is written based on Nicolo Machiavelli's work «The Prince» created 500 years ago.
In addition, Machiavelli's «The Prince» the book council addressed to rulers and telling how it is necessary to operate the state is in parallel published.
www.2machiavelli.com