Legend of the Peeing briton 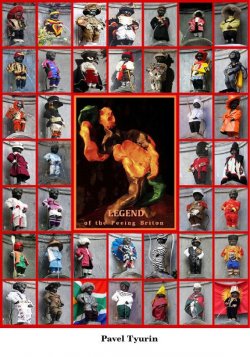 The reader will also find out the alternative story of the Universe’s origin; how Lucifer became God’s rival and how, for that, he was turned into a snake-like monster, Nessie. The monster was kicked out of Heaven, and Richie was exiled from the paradise of civilised humanity on Earth. The two outcasts, one from Heaven, another from earth, became friends for neither wanted to live within the constraints of laws. They longed for their infinite freedom, even though it meant sacrificing their comfort.This book is addressed not only to those who love fantasy and adventure genres, but also to the readers with philosophical mindsets who are interested in personal and creative psychology.