The System of Theatrical Improvisation 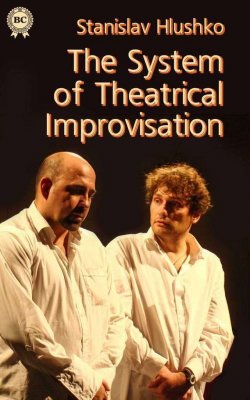 Ukrainian publisher presents the essay "The system of theatrical improvisation”, a result of ten-year experience of actor Stanislav Hlushko in the "Black Square" theater, Kyiv. Improvisation by itself is not a novelty. It is known from performances of the antiquity by strolling comedians, Commedia dell\&#39;arte performers in Italy. Stanislavsky wrote about improvisation, Michael Chekhov and Meyerhold applied improvisation, but in all these cases it was about structural improvisation where the actors are forbidden to depart from the script and guidelines of the design director. A myth was created that improvisation should be prepared, and there is no other way. In the middle of the last century, Viola Spolin and Keith Johnstone began to develop improvisation techniques… This book describes a fundamentally different approach to improvisation, free of any restrictions. Systematically described are the basic laws of existence of an actor in spontaneous improvisation, fundamentals of improvisational dialogue, structural improvisation, and various playing situations. This would be good material for drama schools, as psychological training, as an independent form of theatrical art, and is intended for professional directors, actors and amateurs involved in theater, students of theater schools, and all those who have some idea of the theater and who are interested in applying this methodology in practice.